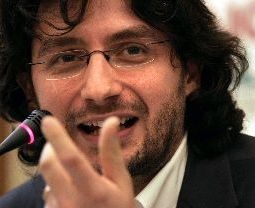 How was War silence born?

«It is a concert for piano and orchestra dedicated to the First World War, it is a work where the piano is metaphor of the man and the orchestra [is metaphor] of the world. It doesn’t have patriotic or evocative intentions, but rather a suggestion to the reflection on the spaces of a silence that war, generally understood, allows to emerge. And they are silences of life, paradoxically, as those of a room of children, suddenly empty. But they are also the silences of the goodbyes, for people who doesn’t know if they will see again. It is ultimately a travel among the noises of the conflict and the small silences that tell of the people’s intimacy».