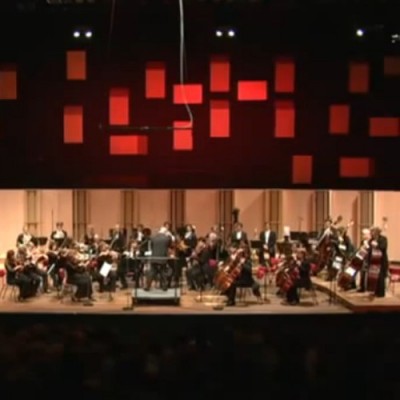 His writing, which is apparently and deceptively simple, holds many secrets […] Unlike much of today’s music, his cryptic quality does not lie in the drafting […], a bit like Verdi’s music, his work possesses minimal semiotic load but powerful semantic load. Minimum material with maximum meaning. Carrara’s music contains a conscious recovery of the consonance of the melody which remind us of the oldest Mediterranean traditions with its specific desire to demonstrate the deepest descriptive capacity: the capacity to create original images and visions in the mind of the listener in a continuous flow of resonance and timbral combinations that are immediately transformed into ‘characters’. But there are also regular references to the Anglo-Saxon world by way of the composer’s attention to the rhythmic component or, perhaps more correctly, to the school of the great authors of Eastern Europe. These three worlds combine in an original synthesis in Cristian Carrara’s work, resulting in the creation of a highly personal language that is not afraid to use simplicity to express the added value that music can, and must, reveal.
(Flavio Emilio Scogna)