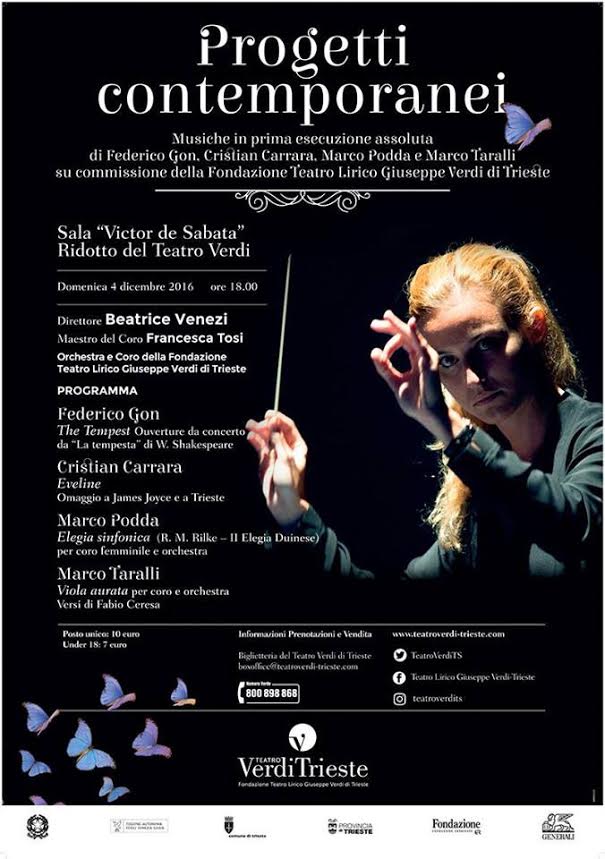 “Eveline”, for orchestra, is going to be performed for a world première on Sunday, 4th of December, 2016, at 6.00 pm in Trieste, near Teatro Lirico, who has commissioned the opera. The concert, who belongs to the “Progetti Contemporanei” survey, includes the world première of other works written by some of the most famous composers today in Italy.
Sunday, 4th of December, 2016
“Victore de Sabata” Hall
Teatro Lirico, Trieste

Cristian Carrara
Eveline
Homage to James Joyce and to Trieste

Viola aurata
For choir and orchestra
Lyrics by Fabio Ceresa